Chairman Devon Boyer states, “As Shoshone and Bannock peoples of Idaho, we have co-existed within an ecological system from time immemorial. Our traditional culture is based on the fish and wildlife that provide subsistence for our people. We fully support this wide-ranging initiative that would substantially help salmon recovery in Idaho.”

“For the past five decades, the Shoshone-Bannock Tribes have been working to restore the Snake River and our salmon runs. With the dams in place, we have experienced impacts to our culture, spirituality, and our way of life; we need to change the system in order for salmon and our people (Newe) to survive.” Claudeo Broncho, Fish and Wildlife Policy Representative states.

We are urging all Idahoans and Tribal members to learn more about this important initiative, take action and support Simpsons Columbia Basin Fund initiative to protect the salmon. There is a looming threat to our way of life and to every system that relies on the salmon in the Snake River basin, and it’s a threat that has been confirmed for decades; salmon species are declining to the point of extinction.

Tribes Fish & Wildlife Director, Chad Colter states, “It is the threat of losing our culture, subsistence foods, and hunting traditions, that requires our people to speak on behalf of the salmon and to do everything within our ability to restore these fish for future generations.”

Fact: Thirty years ago, the Tribes petitioned the federal government to list Snake River Sockeye salmon as an endangered species because only a handful of adults had returned to their namesake in central Idaho, called Redfish Lake; with the most notable of these fish being Lonesome Larry, the only adult Sockeye to return to the Stanley Basin during one of those dismal years. In the following years, virtually every wild population of Idaho’s salmon (Sockeye, Chinook, Steelhead) were listed as threatened under the Endangered Species Act and have remained on that list in spite of countless hours of conservation work by the State of Idaho, Shoshone-Bannock and Nez Perce Tribes. The salmon returns of the past decade point to a clear decline in abundance that has limited harvest for the Tribes, and placed new restrictions on uses across central Idaho, and of which culminated in an endless cycle of conflict.

The facts are very clear; salmon are running out of time and we are all at risk of losing these species before our children and grandchildren who have the joy of seeing them spawn in Idaho’s crystal-clear waters.

Currently, there are four dams on the Lower Snake River that create over one-hundred miles of warm, slack-water reservoirs, creating a toxic and unsustainable condition for migrating salmon trying to reach the ocean and ultimately return to their home in the high mountains of central Idaho. It has been clearly demonstrated over the past three decades that the restoration of a free-flowing Snake River would provide salmon the chance to recover and adapt to the changing conditions from global climate change  and the political will to make the necessary changes to the system. Broncho states, “Removing the Lower Four Snake River dams will help restore our fisheries, protect our culture and create a better future for our Tribal membership.”

With the release of the congressional legislative proposal to address the issues related to operating the Federal Columbia River Power System, the Tribes and numerous other partners have publicly stated their perspective that we can work collectively within this legislative framework to help heal our rivers. 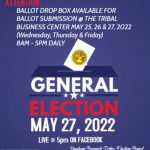 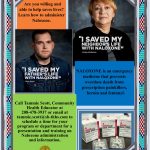