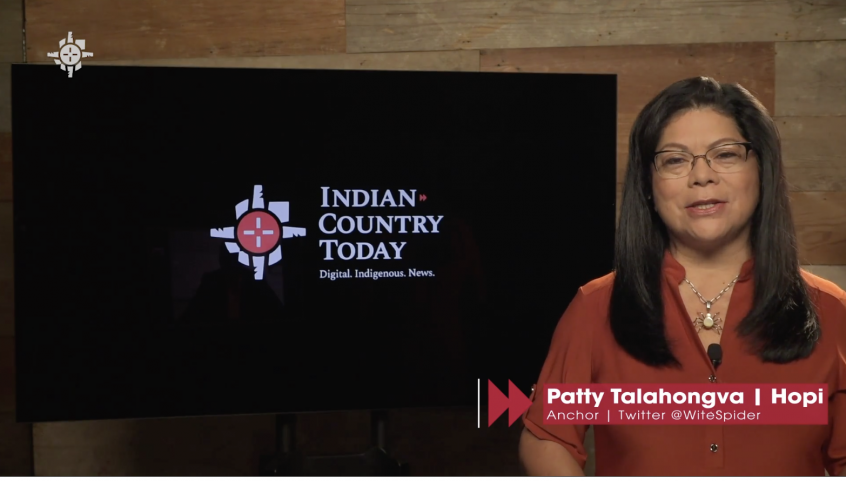 Media Share featuring our Chairman, Devon Boyer, being interviewed by Indian Country today about how the Shoshone-Bannock Tribes. Please view the website for Indian Country and the video featuring Devon around minute 7:00 of the newscast:

Chairman Devon Boyer gives us an update on how the Shoshone-Bannock Tribe is faring during this pandemic. And freelance journalist Stewart Huntington shares his latest work for Indian Country Today.

Since we started this newscast on April 6th, we’ve interviewed several tribal leaders to find out how they are dealing with the pandemic. We’ve heard from leaders coast to coast and today we have chairman Devon Boyer from the Shoshone-Bannock Tribe on the show. Also on the newscast, freelance journalist Stewart Huntington shares his latest story about one boarding school’s history.

Some quotes from Chairman Boyer:

“In the beginning, the spread was pretty scary, pretty wild. And so we wanted to ensure that our people were taken care of. And so we shut down our businesses for a while. We also made sure that we followed mandates. We’re making sure we wash our hands, making certain we wear masks at all times and making sure that we do a lot of cleaning and we’ve restricted a lot of things that we normally do. Meaning we’ve had a lot of our ceremonies that we had to interrupt and which was sad because right now, at this time, you know, those ceremonies are very, very important and we’ve had to reduce those things just simply so we can try to control as much as possible on the spread. And unfortunately as of today’s date, it’s gotten a little bit higher. And so we’re still demanding that our folks try to stay home as much as possible. We’re still demanding that everybody take precautions, don’t be traveling if you don’t have to, because our surrounding communities where there’s hospitals, they’re full, there’s no beds available.”

“That was to ensure that all of our employees were taken care of and they were safe because this this virus has a serious impact on folks. And so we took a lot of precautions to ensure that everybody was geared up and ready to go, to start over, which we did. And right now, the way that things are looking the impact from that, it has been catastrophic. It’s been very, very bad to our businesses here. And, you know, we’re not alone in that effort. I know our tribes that are here in Idaho that have had some of those same difficulties and it’s, it’s hard to, it’s hard to look through a dark sky and see some light, but we know it’s there where people of prayer here and we’re doing everything that we can to ensure that those prayers are being heard so that we can continue on in a safe manner.”

“Yes. you know, it’s because it’s the way that the COVID-19 is, where you don’t know where it’s coming from, you can’t. You’re blindsided all the time. We have prepared in many ways with our emergency management team, along with the CDC to ensure that we are prepared for a bigger spike if that’s the case. And as far as the long run, yes, every one of our decisions have already been made where we’re going to resume business at another location that we have here on our reservation and, and try to ensure that everybody is always kept in contact with us. And so normally we, we have membership come in on certain days to address issues. And just lately that’s been every day, which is good because that we were not putting anybody beyond who we get to conduct business. We get to hear their issues and deal with them now because this thing is going to last a long time. And so preparing for that and it’s working out great.”

Some quotes from Stewart Huntington:

“What’s interesting with this story is not only the research into the law students, the researchers found at least 50 students who died at the school, but, then it turned into, a land-use issue. What they discovered was once the boarding school was closed in 1933, 1200 acres went off into different entities. None of it went to the benefit of Native Americans. The Lakota community in Rapid City has been clamoring for 70 years to get some benefit from all of those assets. And finally, the researchers discovered three properties, but just a small bit about three acres with questionable legal titles. And they have brought the city to the negotiating table to do a land swap, to possibly create an urban Indian center. That negotiation went for the first time, went to city council yesterday, and it advanced to the full city council, hopefully for a vote on Monday.”

Patty Talahongva, Hopi, is executive producer of Indian Country Today. She is also the anchor of the weekday newscast. Follow her on Twitter: @WiteSpider.