Media share from The Seattle Times in Mike Simpson’s plan to plan to breach Lower Snake River dams in new vision for Northwest.

For nearly three decades, the region has been stuck in unending litigation and spiraling costs as salmon in the Columbia and Snake rivers decline toward extinction. But in a sweeping $34 billion proposal from an unlikely source, at an auspicious moment, comes a chance for a fresh start.

Could Congressman Mike Simpson, a Republican from a conservative district in eastern Idaho, have launched a concept that will forever alter life on the Columbia and Snake — and finally honor tribal treaty fishing rights in the Columbia Basin?

His proposal includes removing the earthen berms adjacent to all four Lower Snake River hydroelectric dams to let the river run free, to help save salmon from extinction, while spending billions of dollars to replace the benefits of the dams for agriculture, energy and transportation.

Such a colossal proposal coming from a relatively unknown Republican is a shocker and the delegation is already giving it a look.

All four Democratic senators from Washington and Oregon issued a joint release Friday evening stating: “All communities in the Columbia River Basin and beyond should be heard in efforts to recover the Northwest’s iconic salmon runs while ensuring economic vitality of the region. Any process needs to balance the needs of communities in the Columbia River Basin, be transparent, be driven by stakeholders and follow the science.”

Rep. Cathy McMorris Rodgers, R-Spokane, put out a statement in staunch opposition.  “These dams are the beating heart of Eastern Washington,” she said in a press release. “Spending $33 billion to breach them — with no guarantee that doing so will restore salmon populations — is a drastic, fiscally irresponsible leap to take.” Washington’s three GOP House members also joined with a representative from Idaho on a proposed resolution supporting existing hydropower dams, and seeking expansion of hydropower in the region.

But Simpson has captured the ear of others who normally would pile on. Instead, they are listening, with caveats and caution, to be sure.

Simpson is careful to point out that what he has released is an overall concept that provides only broad spending targets for key initiatives. What he wants is a regional conversation about a new vision for the Northwest. What if we stopped debating whether the Lower Snake River dams are valuable, and recognize that they are, then figure out together how to replace those benefits?

The payoff, he says, is a gift to the future. Fishable runs of salmon. A clean energy system positioned for long-term stability, affordability and innovation. Transportation reconfigured to serve one of the most important agricultural centers in the world, and investments to keep farmers working some of the best irrigated ground anywhere.

He wants to boost tourism and recreation; enlist tribes, states and agriculture across the region in caring for salmon and other wildlife and finally end the region’s longest-running environmental litigation.

This is the first time a sitting senior elected official has ever asked the region to consider breaching still functioning dams. Yet that is actually the smallest part of a vision big as the Columbia Basin, which on the U.S. side of the border sprawls over much of Washington, Oregon, Idaho, and western Montana, and touches parts of Wyoming, Nevada and Utah.

What Simpson calls The Columbia Basin Fund would be the Northwest’s ask in a national infrastructure-and-jobs stimulus package the Biden Administration is expected to bring out later this year.

Simpson knows he will need to pick up not only key Democratic leaders, but GOP support in both chambers for an issue not uppermost in national concerns.

But with the 2020 election, suddenly the Northwest’s delegation has more political power than in a generation, with senior seats on every important committee and in their respective chambers to marshal a major proposal such as this through Congress.

Just as crucial in the timing are players on all sides who, after decades in the courtroom and more fights ahead of them, are looking for solutions.

“He is going to get pushback, but not from us,” said Darryll Olsen, board representative for the Columbia-Snake River Irrigators Association, which represents growers watering more than 90,000 acres of farmland from the Lower Snake River. “We are going to be supportive if he can get the Northwest delegation together.”

The latest, $62 million study by federal agencies of the Columbia and Snake River dams’ impact on protected salmon did not resolve the issue in the region. The operating plan for the dams was once again challenged in court. The result, from his members’ perspective, of a federal judge deciding for the region how to deal with the dams could be disaster, Olsen said.

Why not try to craft something better instead?

“I remain optimistic that through open dialogue, curiosity and a focus on ends versus means, we can find a path forward that includes the interests and needs of the power sector, as well as those of numerous other groups and communities,” said Debra Smith, CEO and General Manager of Seattle City Light, and part of yet another collaborative effort recently launched to break the region’s logjam on the river.

1 of 4 | Ice Harbor Dam: Under Simpson’s proposal, irrigators using the reservoir behind this dam, near Pasco, would be able to keep farming with money provided to reconfigure their… (Steve Ringman / The Seattle Times) More

“It is a serious enough proposal that it deserves fair consideration,” said Kurt Miller, executive director of Northwest River Partners, a trade association that represents public utilities, municipalities, ports, shippers, growers, and other industries that depend on the Lower Snake River. He too is no breaching fan, and has his doubts it would even help salmon. But neither does he want to watch ratepayers suffer if a judge yanks the dams or so alters dam operations that power rates skyrocket.

Idaho salmon have it the toughest. They travel some 1,800 miles round trip, from the foot of the Sawtooth Mountains to the Pacific and back, climbing more than a mile in elevation and crossing eight dams to reach their home waters after years at sea. Snake River spring-summer chinook and steelhead are at record low populations and at high risk of extinction. 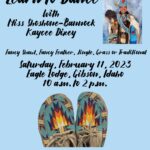 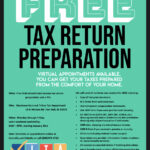 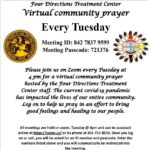 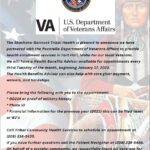